This is the second in a series of blog posts to coincide with the Fry Art Gallery’s exhibition Edward Bawden at Home: a working life which runs from 1st April to 28th October 2018.  Each of the posts will look at an aspect of Bawden’s diverse – and often surprising – career.

It could be a crush in Brick House when Edward Bawden invited in the public. During the first of the Great Bardfield ‘Open House’ exhibitions in 1951, he wrote to his son Richard of how when ‘a school arrives or a party of WI people I nearly get pushed out of the house by the crush of bosoms’. He continued, ‘The last person to sign the book came from Madrid and others from [the] Falkland Islands, Denmark, France, Malaya and Canada’. The ‘book’, here, was a visitors’ book which Bawden kept during the Bardfield exhibitions, and which now forms part of the Bawden Estate.

As a document of the exhibitions, the visitors’ book is both evocative and revealing. Inside its maroon covers are rows of names in neat, if sometimes challenging, handwriting, interspersed with the occasional inky splodge. At the start, Bawden has diligently written in headings for date, name and address, but it was a habit he later dropped, to the detriment of neatness. END_OF_DOCUMENT_TOKEN_TO_BE_REPLACED

The Fry Art Gallery is hosting a sale of works by twentieth century British artists on the weekend of the 24th and 25th of June 2017. The event will be an opportunity to buy original works at reasonable prices, and will include pieces from artists such as Ceri Richards, Norman Ackroyd, Charles Bartlett and Olwyn Jones amongst others.

The pictures on sale come from the Nottingham Education Trust and are part of the twentieth-century story of artworks in schools. For several decades, from the time of post-war reconstruction, there was an optimistic belief that putting original works by contemporary artists into classrooms would stimulate students. Initiatives such as ‘Pictures for Schools’ supported the purchase of quality work, mostly prints. The pictures themselves were marked by a freshness and directness, but with no compromise in sophistication. However in Nottingham, as elsewhere, over time the pictures began to be seen as unfashionable and ended up in storage, a problem rather than an asset.

A couple of years ago the Fry Art Gallery was contacted by the Nottingham Education Trust (NET) to see if it was interested in any of NET’s works. The Gallery selected some which matched the criteria of the North West Essex collection and offered to sell the rest.  Last year’s successful sale started the process and this June’s event will handle the remainder of the collection. Most of the money raised will go to NET, a charity which supports young people in the city across a range of activities outside formal education and in particular music and the arts, science, and sports and outdoor adventure. Sheku Kanneh-Mason, BBC Young Musician of the Year in 2016, is one previous recipient of a NET bursary. The sale will also help the Fry Art Gallery with moneys to improve the gallery space and for the general funds. 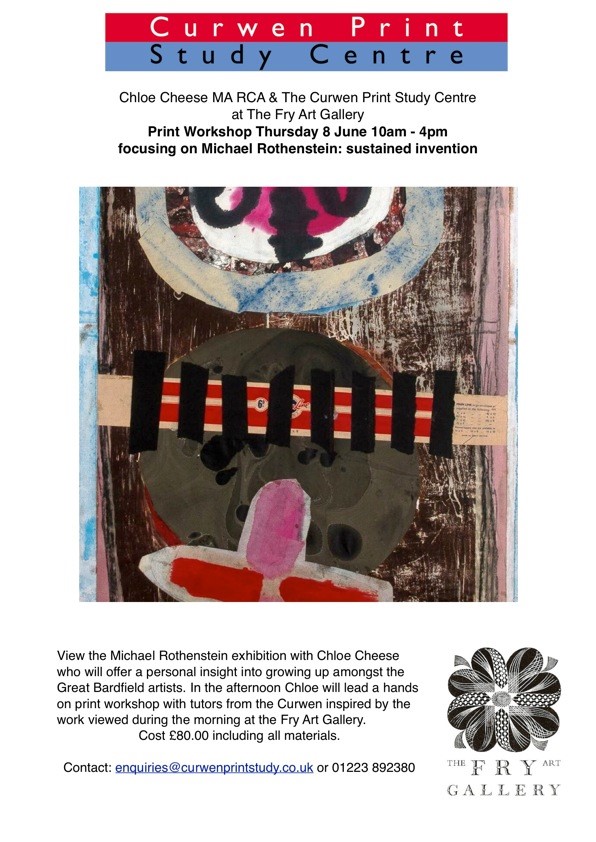